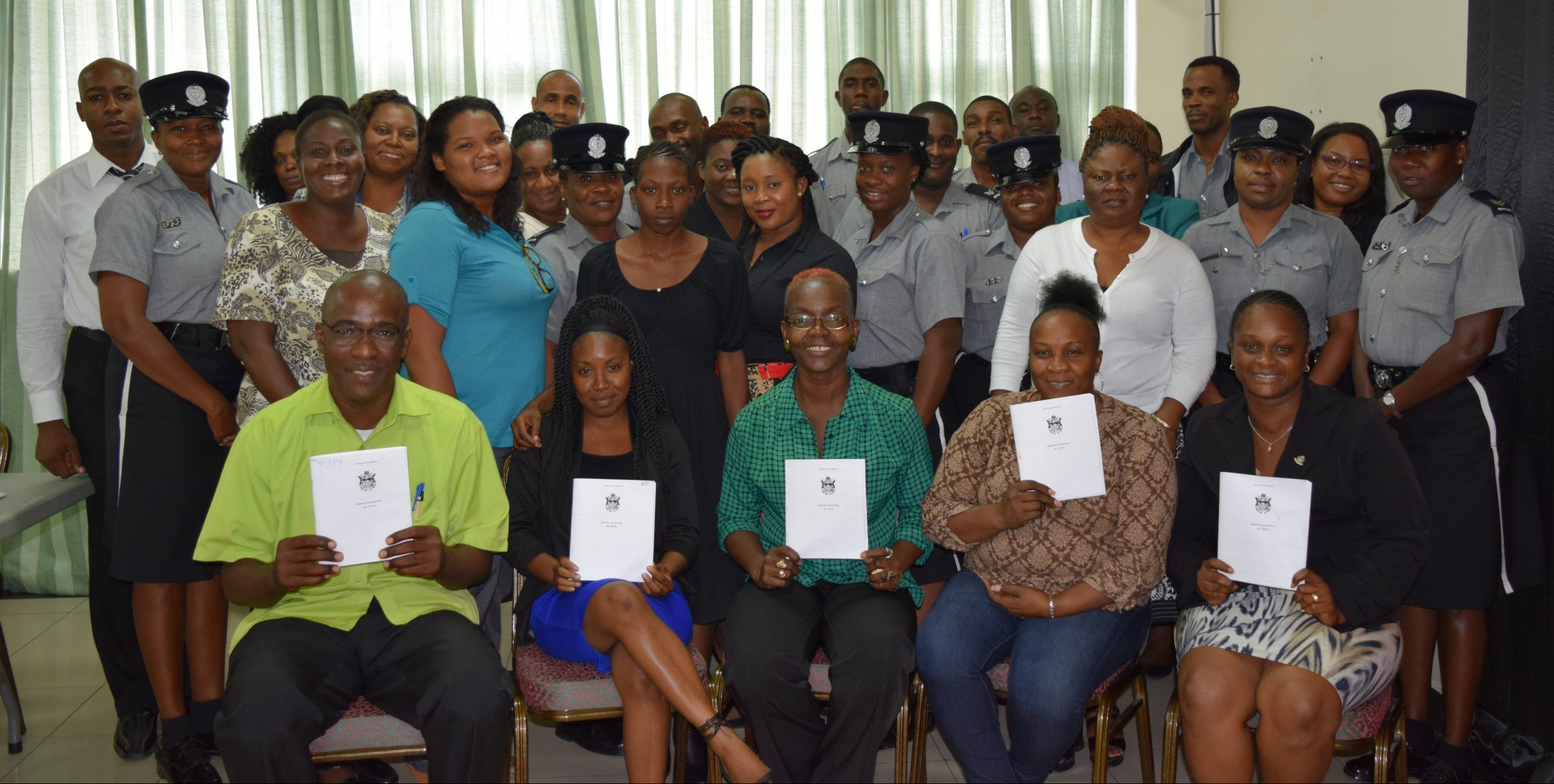 By administrator12 December 2020No Comments

St. John’s, Antigua- Thursday August 25, 2016- The Directorate of Gender Affairs (DoGA) has just completed the first in a series of training exercises on the Domestic Violence Act 2015.

The training took the form of two two-day workshops held from August 22-25th at the Sir Vivian Richards Cricket Stadium. Members of the Royal Police Force of Antigua & Barbuda, representatives from the Department for Family & Social Services, Probation, and the Legal Affairs office attended the sessions.

The Act, which is scheduled to come into effect on September 1st, 2016 is an improvement on the existing Domestic Violence (Summary Proceedings) Act 1999. In addition to expanding the definition of domestic violence, the Act also makes it mandatory for police officers to respond to all reports of gender-based violence. Officers will also be required to file a report with the commissioner of police on all reported cases.

The attendees received basic gender sensitization training, and an in depth explanation of the new law and their rights and responsibilities under it.

Crown Counsel within the Ministry of Legal Affairs, Alicia Aska, who facilitated the sessions says she believes the training was well received.

“I was impressed with it. The law is going to require a change and I think they really understood what their role will be under this new law,” she said.

Honourable Minister of Social Transformation & Human Resource Development says she is the training was a necessary step ahead of the law coming into effect next month.

“I felt that it was very important that our officers become acquainted with the new law ahead of time so that we can hit the ground running in September. Going forward whenever there are legislative changes that affect departments within my ministry I want to ensure stakeholders are adequately trained and familiar with that legislation,” she said.

Acting Executive Director at DoGA, Farmala Jacobs, says the participants will receive an official certificate of participation from the Directorate once all the trainings have been completed. The training comes as part of the United Nations Trust Fund Project to End Violence against Women and Girls. The three-year project aims to not only sensitize the public to issues of gender-based violence (GBV), but also to strengthen local capacity to respond to these cases at both the legislative and community leve